Lenders in January reversed a slight year-end contraction in underwriting with an expanded product set that included more adjustable-rate mortgages taken out by borrowers with lower credit scores.

The Mortgage Bankers Association’s credit availability index last month ticked up 2.5 points to 124.6 from 122.1, but that number was down markedly from 181.9 a year ago.

The index’s movement suggests that lenders want to accommodate consumers buying homes amid forecasts of diminished refinancing, but they aren’t yet ready to lend as freely as they did before the pandemic.

“Even with overall credit availability picking up in three of the past four months, credit supply is still at its tightest level since 2014,” said Joel Kan, MBA’s associate vice president of economic and industry forecasting, in a press release. 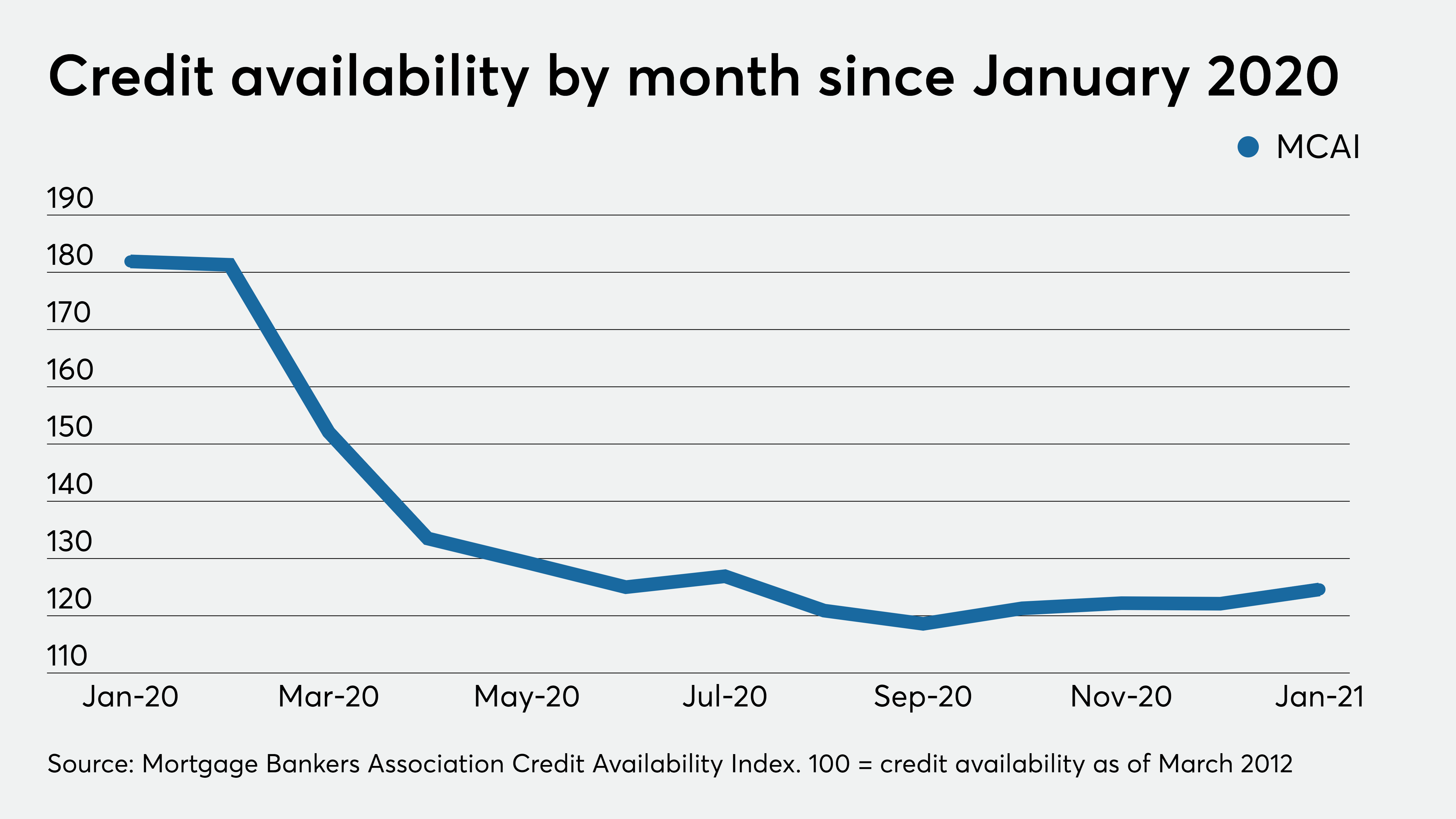 While the ARM market share remains very small, an uptick for this loan type may indicate that some borrowers are looking for slightly lower initial rates prior to an adjustment period. The fact that there’s been a slight dip in the credit score allowable suggests lenders are looking to do more to address affordability considerations as well.

The jumbo component of the index rose by 2.2% week-over-week but there was an even larger increase — 7.7% — among loans within Fannie Mae and Freddie Mac’s conforming limits, which vary by location but generally require loans to be no larger than $548,250.

Underwriting of government-insured loans that generally serve the needs of lower-income borrowers tightened 0.1%, suggesting lenders are somewhat cautious about this sector. The rate at which borrowers have been putting payments on hold for coronavirus-related contingencies has been higher in the government market than the conforming market. Government loans had a 7.46% forbearance rate, compared to a 3.07% for conforming mortgages, in the MBA’s latest weekly survey.

The MCAI is based on data from the widely-used Ellie Mae mortgage origination system owned by Intercontinental Exchange. The index’s baseline of 100 represents underwriting conditions in March 2012, which credit was relatively tight. 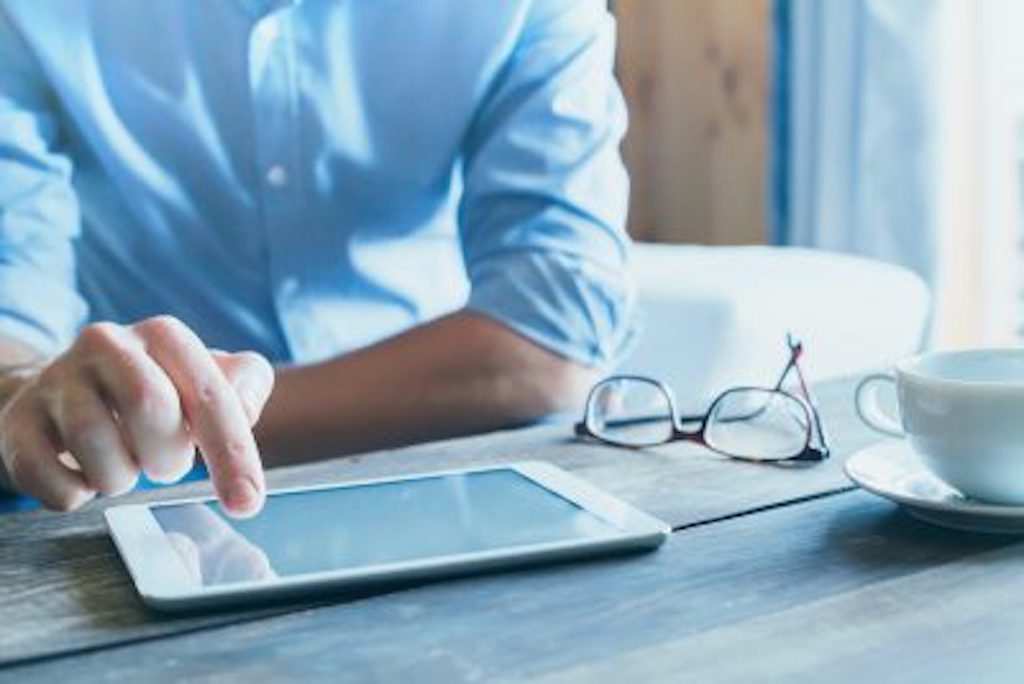 The seesaw nature of mortgage applications continued for the week ending Feb. 5, as applications decreased 4.1% from the prior week, according to the latest data from the Mortgage Bankers Association.

Applications were up 8.5% the week ending Jan. 29 – breaking a two-week stretch of decreases – before falling again last week.

Mortgage rates have increased in four of the six weeks of 2021, according to Joel Kan, MBA’s associate vice president of economic and industry forecasting, which could be causing the dip in applications.

“Jumbo rates [were] the only loan type that saw a decline last week,” Kan said. “Despite some weekly volatility, Treasury rates have been driven higher by expectations of faster economic growth as the COVID-19 vaccine rollout continues.”

The refinance index decreased 4% from the previous week but was still 46% higher year-over-year. The seasonally adjusted purchase index also decreased from one week earlier – down 5% – though the unadjusted purchase Index increased 2% compared with the prior week and was 17% higher than the same week in 2020.

The 30-year fixed mortgage rate increased to 2.96% – a high not seen since November 2020, Kan said. This has led to an uptick in refinancing, he said, as borrowers race to lock in a rate below 3%.

“Government refinance applications did buck the trend and increase, and overall activity was still 46% higher than a year ago,” he said. “Demand for refinances is still very strong this winter. Homebuyers are still very active.”

The higher-priced segment of the market continues to perform well, Kan said, with the average purchase loan sizes increasing to a survey-high of $402,200.

Here is a more detailed breakdown of this week’s mortgage application data: