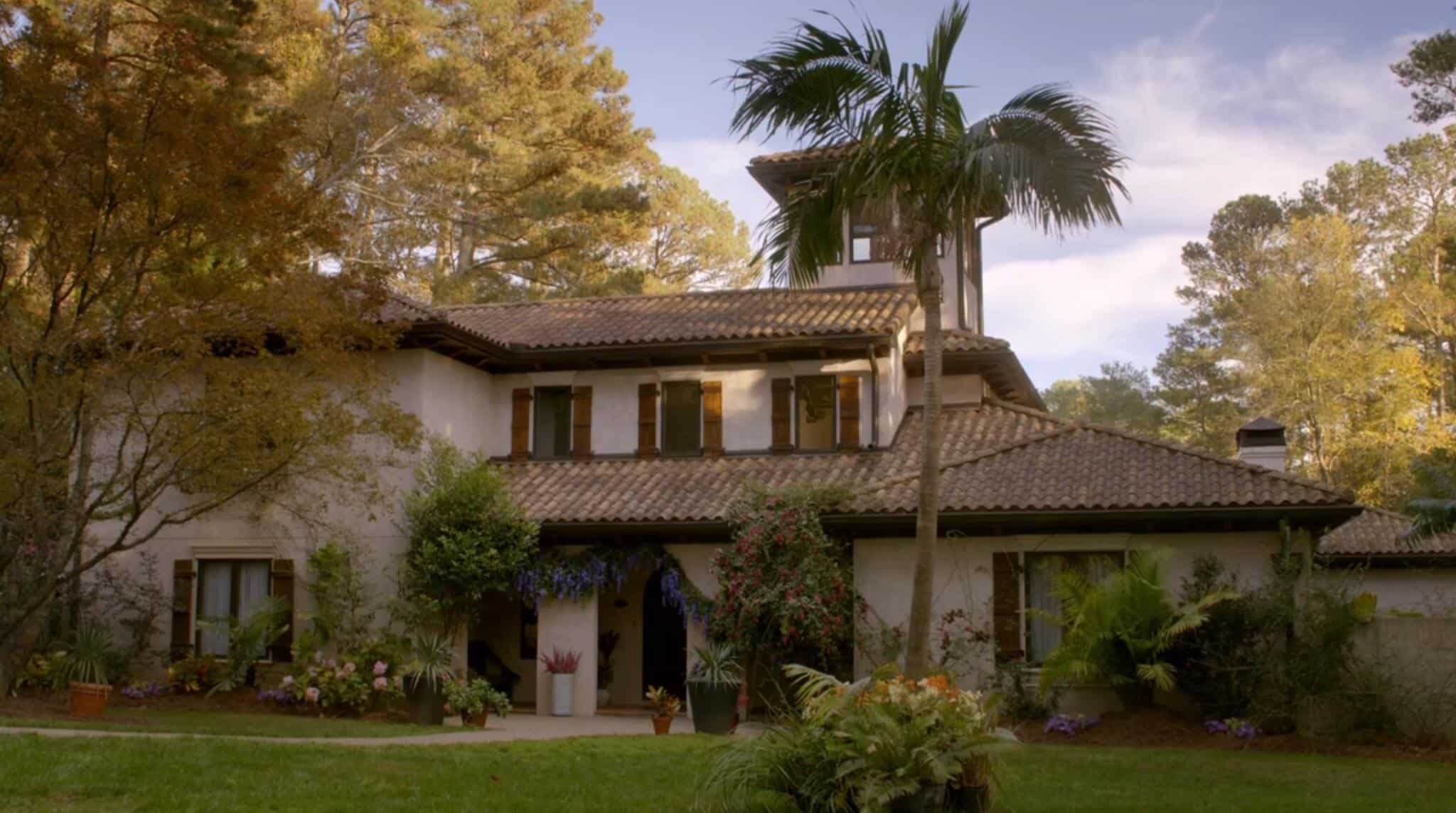 In Netflix’s popular series inspired by the iconic ’80s movie the original Karate Kid, Daniel LaRusso, has moved up in the world — and traded the rundown apartment complex he lived in with his mother for a downright gorgeous Tuscan villa in a posh Los Angeles neighborhood.

In the 30 years or so since Daniel (played by Ralph Macchio) famously defeated the Cobra Kai star student and two-time winner of the All Valley Karate Championship, Johnny Lawrence (William Zabka), LaRusso becomes the owner of a successful car dealership chain in Southern California. He lives happily with his wife, Amanda, and their two children, Samantha and Anthony, in a large home with a swimming pool in Encino — an upscale neighborhood in the San Fernando Valley region of Los Angeles. At least that’s what the storyline of Cobra Kai claims.

With countless scenes in the series taking place at the LaRusso residence, we couldn’t help ourselves and had to track down the house featured in the Netflix show. Especially since the Tuscan style house is so damn beautiful (and I’m willing to bet I wasn’t the only one reduced to tears to see members of the Cobra Kai dojo make a complete mess out of it at the end of the third season).

Where is Daniel LaRusso’s house in Cobra Kai?

Carefully picked to reflect Daniel San’s new status in the world, his luxurious-yet-homey Spanish-inspired villa is said to be located in Encino, a quiet, affluent neighborhood in San Fernando Valley. While still geographically close to Reseda, where Daniel lived with his mother after moving to Los Angeles, Encino is worlds apart in terms of affordability and home prices — which also signals the divide between Daniel and Johnny, and which worlds they belong to as grown-ups. Boasting impressive architecture and verdant green spaces, Encino has housed a number of notable residents, from Richard Pryor to Johnny Cash, and even got a shot-out from Frank Zappa in his 1982 hit song “Valley Girl”.

Where to find it in real life

With its Tuscan-style architecture, Mediterranean-inspired décor, lush landscaping, and generous pool area, the house looks like it was taken straight out of a rich Los Angeles neighborhood. So much so, that many people have pointed out the striking similarities between Daniel Larusso’s house and that of the Walsh family from Beverly Hills 90210. While the two TV homes do share some architectural features, two very different locations were used for filming.

In real life, the LaRusso house isn’t even in California. The house is actually in Marietta, Georgia, a beautiful community located just northwest of Atlanta. While we won’t provide the exact address of the home (out of privacy concerns, as this is an actual single-family house that a lucky family calls home), we did manage to track it down on Zillow.com, and find out quite a few things about it.

With an estimated worth of $1.7 million, the charming Tuscan villa has 6 bedrooms and 7 baths spread across roughly 9,000 square feet of living space. As seen on the Netflix show, the house comes with tons of outdoor space, including a resort-like pool and al fresco dining, and there’s also a greenhouse and an indoor atrium. Other nice features include cork floors, clay walls, and many expansive, rounded windows that add to the appeal of the house.

Other Cobra Kai filming locations are split between Georgia and California

Despite the action of the show taking place in California, many of the locations seen on screen are actually in Georgia. Just like the LaRusso family home, their dealership and the country club they belong to are both in Georgia, as is the fictional West Valley High School (scenes take place C.T. Martin Natatorium and Recreation Center in Adamsville, Atlanta).

In fact, the only prominent location from the series that’s actually based in California is Johnny Lawrence’s apartment building, said to be in Reseda. In reality, it’s located about a 10-minute drive away, on Burbank Blvd in Tarzana.

This isn’t the first time Georgia serves as filming grounds for shows said to be based in different cities. Due to its great tax incentives, the Peach State has been attracting film crews in droves, with many popular shows being filmed here including Ozark, The Walking Dead, Stranger Things, The Haunting of Hill House, Sweet Magnolias, and many more.

The ‘Fresh Prince of Bel-Air’ House Isn’t Even in Bel-Air
Is it Real? Lucifer’s Den of Sin & Luxury Penthouse at Lux
Where to Find the Real Carrington Manor from ‘Dynasty’
Are They Real? The Opulent Homes in ‘Bridgerton’