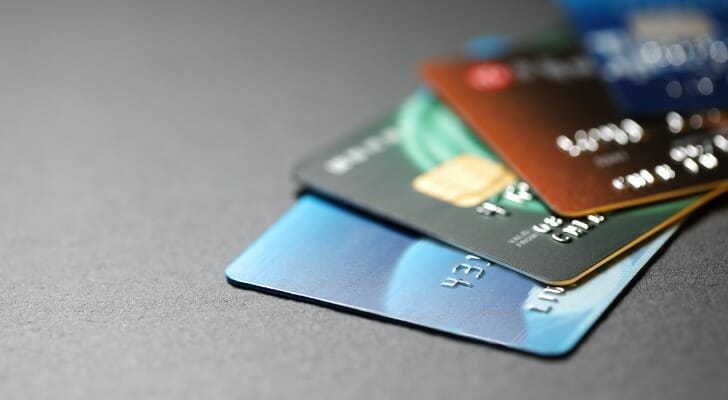 Perhaps counterintuitively, consumer credit card debt has fallen since the beginning of the COVID-19 crisis. Federal reserve data shows that the total amount of revolving consumer credit, which primarily consists of credit cards charges, fell below one trillion in April 2020 for the first time in close to two years. Data from Experian tells a similar story. Between the end of Q2 2019 and Q2 2020, the average credit card balance of borrowers fell by about 11% from $6,629 to $5,897.

Though average credit card debt is decreasing nationally, it remains high in some states and may increase during the holiday season. In this study, SmartAsset looked at states where residents tend to rely on credit the most. Using data from Experian and the Census Bureau, we ranked all 50 states and the District of Columbia based on five metrics relating to credit card debt. For details on our data sources and how we put all the information together to create our final rankings, check out the Data and Methodology section below.

This is the 2020 edition of our study on where residents most rely on credit. Read the 2019 version here. 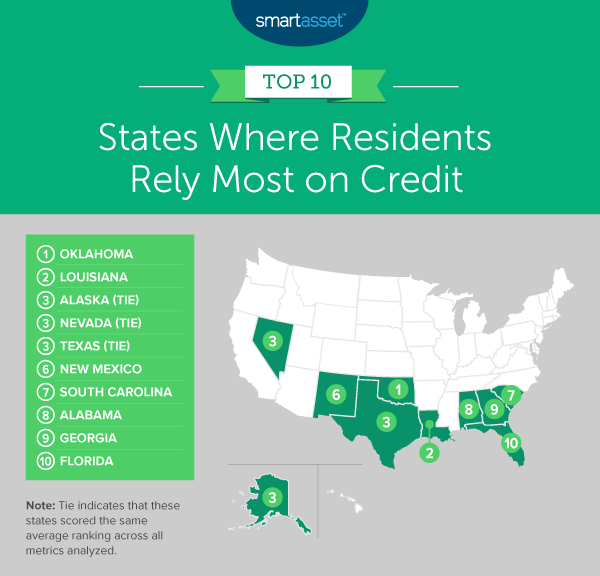 Oklahoma ranks as the state where residents most rely on credit. Experian data shows that though average credit card debt fell in many places between the end of the second quarter in 2019 and 2020, it rose by 2.00% in Oklahoma, from about $5,800 to almost $6,000. With that rise, we estimate average credit card debt for Oklahoma residents makes up 10.96% of the median household income â the fourth-highest percentage for this metric in our study.

Though average credit card debt in Louisiana ranks toward the middle of the study at 24th, it makes up the second-highest percentage of median household income, at 11.25%. Additionally, credit card debt may build up in Louisiana, as the state has relatively high poverty and unemployment rates. Data from the Census and Bureau of Labor Statistics shows that Louisiana also has the second-highest poverty rate (14.3%) and 15th-highest September 2020 unemployment rate overall (8.1%).

Texas ties with Alaska and Nevada as the No. 3 state in the country where residents rely most on credit. Though average credit card debt in Texas fell by almost 5% over the past year, it remains elevated compared to other states. Experian data shows that at the end of the second quarter in 2020, average credit card debt was $6,423 â the seventh-highest of any state. Additionally, Texasâ poverty rate is the ninth-highest in the study, at 10.5%.

Using Experian and Census Bureau data, we found that average credit card debt for Alabama residents makes up almost 11% of the stateâs median household income. Additionally, Alabama has the sixth-highest 2019 poverty rate (11.2%) of all 50 states and the District of Columbia.

At the end of the second quarter of 2020, average credit card debt in Georgia stood at roughly $6,200. This debt may affect residents more in Georgia, as debt makes up more than 10% of the median household income in the state. In addition, almost 10% of individuals fall below the federal poverty line.

To determine the states where residents rely most on credit, we compared all 50 states and the District of Columbia across five metrics:

Tips for Managing Credit Card Debt During the COVID-19 Downturn

The post States Where Residents Most Rely on Credit â 2020 Edition appeared first on SmartAsset Blog.