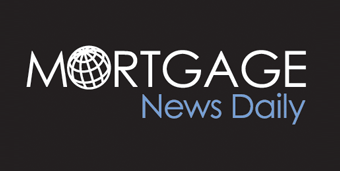 Mortgage rates have been extremely stable given their proximity to all-time lows.  Past precedent suggests one of two things when rates set records: a slow grind lower with additional periodic records or a rather abrupt bounce back in the other direction.

The 2nd half of 2020 was definitely characterized by the aforementioned slow grind with at least 20 separate days resulting in record low rates by December 21st.  Since then, rates have gone no lower, but apart from a brief stint in early January, they really haven’t gone appreciably higher either.  This is made all the more impressive by the fact that the broader bond market is indeed telling mortgage rates to rise.  Specifically, 10yr Treasury yields–a perennial travel companion for 30yr fixed mortgage rates–have been rising consistently since August 2020.

Mortgage rates were largely immune to that Treasury trend due to volatility at the beginning of the pandemic.  Mortgage rates simply weren’t able to drop as quickly as Treasury yields and have been closing the gap ever since.  The cushion is increasingly thin these days, but not so thin as to prevent the mortgage market from faring better in the face of bond market weakness (bond weakness = higher rates, all other things being equal).

The other key factor in play is that the price of mortgage-backed bonds (the stuff that actually dictates mortgage rates) have simply outperformed Treasuries as the latter suffer more directly from increased Treasury issuance (used to pay for stimulus and other government spending).

When will this change?  To a large degree, the change has already begun.  Mortgages may not be as volatile as Treasuries but they are correlating more reliably in terms of the direction of movement on any given day.  With that in mind, tomorrow’s 10yr Treasury auction may be the next source of guidance for both sides of the market.